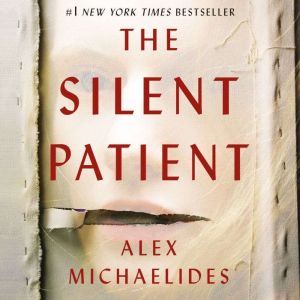 Instant #1 New York Times bestseller.This program includes a bonus interview with the author.The Silent Patient is a shocking psychological thriller of a woman’s act of violence against her husband—and of the therapist obsessed with uncovering her motive. Alicia Berenson’s life is seemingly perfect. A famous painter married to an in-demand fashion photographer, she lives in a grand house with big windows overlooking a park in one of London’s most desirable areas. One evening her husband Gabriel returns home late from a fashion shoot, and Alicia shoots him five times in the face, and then never speaks another word.Alicia’s refusal to talk, or give any kind of explanation, turns a domestic tragedy into something far grander, a mystery that captures the public imagination and casts Alicia into notoriety. The price of her art skyrockets, and she, the silent patient, is hidden away from the tabloids and spotlight at the Grove, a secure forensic unit in North London.Theo Faber is a criminal psychotherapist who has waited a long time for the opportunity to work with Alicia. His determination to get her to talk and unravel the mystery of why she shot her husband takes him down a twisting path into his own motivations—a search for the truth that threatens to consume him.... More praise for The Silent Patient: “Absolutely brilliant… I read it in a state of intense, breathless excitement.” — Stephen Fry “Smart, sophisticated storytelling freighted with real suspense - a very fine novel by any standard.” — Lee Child“The Silent Patient sneaks up on you like a slash of intimidating shadow on a badly lit street. Michaelides has crafted a totally original, spellbinding psychological mystery so quirky, so unique that it should have its own genre.” — David Baldacci