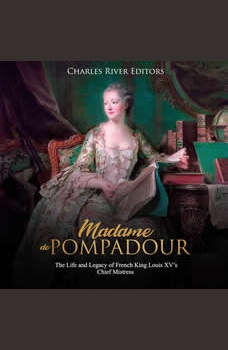 Jean Antoinette Poussin, the woman who would become known as Madame de Pompadour, was a middle-class girl of uncertain parenthood who became one of many in a long line of King Louis XV’s mistresses before she died at the age of 42. While none of that stands out on its own when it comes to French history and royalty, historians have labeled her “no ordinary king’s mistress…She made and unmade ministers, she selected ambassadors, she appointed generals, [and] she conferred pensions and places.” In fact, her most savage critics concede her vital importance and historical legacy, even if begrudgingly, as one 1869 magazine noted: “If one could create an expurgated edition of history, one might put Madame de Pompadour out of sight; but alas! the eighteenth century, and even the French Revolution, cannot be understood without taking her into consideration. She was possessed of greater power in Europe than any woman of modern times, with the exception, perhaps, of Elizabeth of England, and Catherine of Russia. She was the Sultana of France for twenty years, with the Sultan in leading-strings. Therefore history, with a blush, is obliged to chronicle the doings of the Pompadour.” Indeed, one writer compared her influence to some of the most famous Frenchmen to emerge from non-royal backgrounds: “Except for Bonaparte, and perhaps Robespierre, whose tenures were briefer, and de Gaulle, who was in principle answerable to an electorate, no French commoner—and certainly no woman—ever achieved such imperial sway.”

Madame de Pompadour achieved her power through her connection to Louis the Beloved, as he was called early in his reign, who had inherited an absolute empire eclipsed by none. His people responded in kind, as one writer noted: “There were in those days no people in the world so passionately attached to their King as the French…The populace stood in the streets and roads to see him pass and watched with awestruck admiration the procession of splendid state coaches when the Court went to Versailles, Marly, or Fontainebleau. To see the King at dinner was one of their favourite [sic] amusements, and in all domestic events in the royal family they had an intense and personal interest.” The people’s interest in their king included his health, his marriage, and his children. Of course, this also meant their interests included the king’s mistresses, who had been part of court life since the Middle Ages. With very few exceptions, a French king took a wife who would provide legitimate heirs to the throne, but he took several mistresses as well.

King Louis XV reigned for 72 years, and his predecessors had survived multiple palace intrigues and challenges to their thrones, sometimes by their mothers, wives, and members of the court. Louis XV had used Versailles, his grandfather’s getaway hunting lodge, to control the nobility and center court life around the king’s personality cult. Rather than seek political power, the nobility sought proximity to the king at Versailles as all other venues paled in comparison. In Madame de Pompadour, author Nancy Mitford explained that “all fashion and all fun were gathered together at Versailles. Parisian society, though very middle-class, hummed with life and could be enjoyed from time to time as a change from the Court; the provinces were unthinkable. The heaviest blow that could befall a man was banishment to his estates; this did not only mean loss of place and influence; the exile, condemned to live in the country became ridiculous in the eyes of his friends. Let him embellish his house and garden, let him give expensive parties and make a social and intellectual center for the whole neighborhood, the poor man was a dowdy provincial; he counted for nothing anymore.”