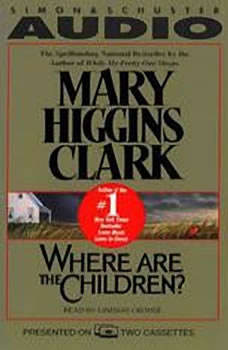 Where are the Children?

Nancy Harmon fled her California home, the macabre deaths of her two children, and the hideous charges brought against her. She changed her name, dyed her hair and sought refuge in the serenity of a small New England town. Now, remarried with two new lovely children, Nancy's life is filled with happiness...until the morning when she looks for her children but all she finds is one tattered red mitten and knows that the nightmare is beginning again.