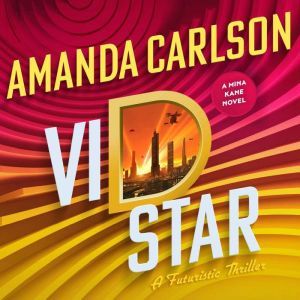 Secret Agent Mina Kane’s prime objective is to help a friend who’s running from a powerful corporation hellbent on keeping him quiet. While doing so, she finds herself inside a lollipop shop at the edge of the outskirts. After receiving a pleading request, in a place where she has no jurisdiction, Mina finds her hands are bound in purelock.

Things take a turn when she and Agent Adams are assigned to investigate a threatening message received by a vid star. They’re hoping for light duty but the op quickly morphs into full-blown extortion. When none other than Vincent Kramer attends the vid premiere, things go from flying under the radar to being launched into full strato. After an attempted murder, Mina and company transport their spoiled celeb to the edge of the outskirts where everything coalesces into a moon shot of a case.

Maybe highly trained colonels from France can be of some use?