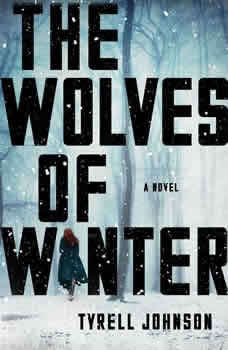 The Wolves of Winter

A captivating tale of humanity pushed beyond its breaking point, of family and bonds of love forged when everything is lost, and of a heroic young woman who crosses a frozen landscape to find her destiny, this debut novel is in a post-apocalyptic tradition that spans The Hunger Games and Station Eleven but blazes its own distinctive path.Forget the old days. Forget summer. Forget warmth. Forget anything that doesn’t help you survive in the endless white wilderness beyond the edges of a fallen world. Lynn McBride has learned much since society collapsed in the face of nuclear war and the relentless spread of disease. As the memories of her old life continue to haunt, she’s been forced to forge ahead in the snow-drifted Canadian Yukon, learning how to hunt and trap and slaughter. But her fragile existence is about to be shattered. Shadows of the world before have found her tiny community—most prominently in the enigmatic figure of Jax, who brings with him dark secrets of the past and sets in motion a chain of events that will call Lynn to a role she never imagined. Simultaneously a heartbreakingly sympathetic portrait of a young woman searching for the answer of who she is meant to be and a frightening vision of a merciless new world in which desperation rules, The Wolves of Winter is enveloping, propulsive, and poignant.

Surviving the attack proved to be more than they could have imagined… Months after a super-EMP attack devastated the United States, the country is now unrecognizable. Major cities are run by gangs, survivors are dying of starvation and th...

"Stunning and brilliant....A wholly original take on the post-apocalypse genre." ---Dan Chaon, author Await Your ReplyThe world Cal and Frida have always known is gone, and they've left the crumbling city of Los Angeles far behind them. They now li...