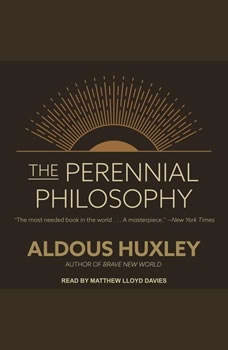 "The Perennial Philosophy," Aldous Huxley writes, "may be found among the traditional lore of peoples in every region of the world, and in its fully developed forms it has a place in every one of the higher religions." With great wit and stunning intellect—drawing on a diverse array of faiths, including Zen Buddhism, Hinduism, Taoism, Christian mysticism, and Islam—Huxley examines the spiritual beliefs of various religious traditions and explains how they are united by a common human yearning to experience the divine. The Perennial Philosophy includes selections from Meister Eckhart, Rumi, and Lao Tzu, as well as the Bhagavad Gita, Tibetan Book of the Dead, Diamond Sutra, and Upanishads, among many others.

Is the Father of Jesus the God of Muhammad?
by Timothy George

The days when western Christians could ignore the influence of Islam are over.Today as never before, the worlda€™s second largest religion is shaping our culture, and words such as jihad, imam, Quran, and fatwa have entered our vocabulary...

Live in a Better Way
by His Holiness the Dalai Lama

Understanding the Koran
by Mateen Elass

What You Should Know about Islama€™s Holy BookHow is it like the Bible? How is it different? Why is it important?Muslims believe the Koran exists as a literal book in heaven and was dictated to the prophet Muhammad by the angel Gabriel. I...

Toward a True Kinship of Faiths
by Dalai Lama

No person today is untouched by what happens in the rest of the world. With this historic development, the Dalai Lama understands that the essential task of humanity is to cultivate peaceful coexistence. But this has long been problematic with relig...

Understanding the Book of Mormon
by Ross Anderson

Mormons, or members of the Church of Jesus Christ of Latter-day Saints, form a growing population in both numbers and influence. Yet few people have more than a passing knowledge of the document that defines and drives this important movementa€...

The Varieties of Religious Experience
by William James

First published in 1905, The Varieties of Religious Experience is a collection of lectures given at the University of Edinburgh in 1901 and 1902. William James was a psychologist and, as such, his interest in religion was not that of a theologian bu...

The Universe Next Door
by James W. Sire

When The Universe Next Door was first introduced nearly thirty years ago, it set the standard for a clear, readable introduction to worldviews. In concise, easily understood prose, James W. Sire explained the basics of theism, deism, naturalism, nih...

Despite her conversion from Orthodox Judaism to Christianity, Lauren Winner finds that her life is still shaped by the spiritual essences of Judaism– rich traditions and religious practices that she can't leave behind. In Mudhouse Sabbath, Win...

The Spirituality of Imperfection
by Katherine Ketcham

I am not perfect is a simple statement of profound truth, the first step toward understanding the human condition, for to deny your essential imperfection is to deny yourself and your own humanity. The spirituality of imperfection, steeped in the ri...