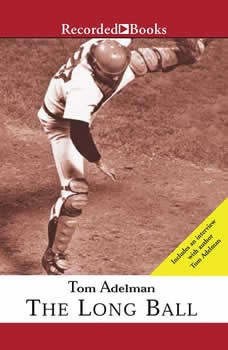 The Long Ball: The Summer of 75Spaceman, Catfish, Charlie Hustle, and the Greatest World Series Ever Played

Includes an exclusive interview with the author Critically acclaimed writer Tom Adelman crafts a dynamic re-telling of baseball's thrilling 1975 season. The year ended with the greatest World Series of all time, featuring a legendary home run by Boston catcher Carlton Fisk. From the preseason through the final game, Adelman gives a behind-the-scenes account that is blunt, funny, and sometimes shocking.