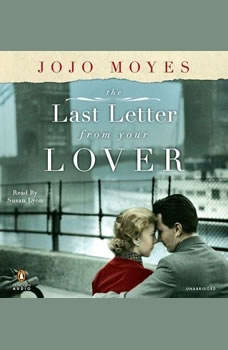 The Last Letter from Your Lover

A sophisticated, page-turning double love story spanning forty years-an unforgettable Brief Encounter for our times.It is 1960. When Jennifer Stirling wakes up in the hospital, she can remember nothing-not the tragic car accident that put her there, not her husband, not even who she is. She feels like a stranger in her own life until she stumbles upon an impassioned letter, signed simply "B", asking her to leave her husband.Years later, in 2003, a journalist named Ellie discovers the same enigmatic letter in a forgotten file in her newspaper's archives. She becomes obsessed by the story and hopeful that it can resurrect her faltering career. Perhaps if these lovers had a happy ending she will find one to her own complicated love life, too. Ellie's search will rewrite history and help her see the truth about her own modern romance.A spellbinding, intoxicating love story with a knockout ending, The Last Letter from Your Lover will appeal to the readers who have made One Day and The Guernsey Literary and Potato Peel Pie Society bestsellers.