The Eye of the Elephant: An Epic Adventure in the African Wilderness

The authors of Secrets of the Sahara battle the elephant poachers of Zambia in this "exciting . . . part adventure story, part wildlife tale" (The Boston Globe). Intelligent, majestic, and loyal, with lifespans matching our own, elephants are among the greatest of the wonders gracing the African wilds. Yet, in the 1970s and 1980s, about a thousand of these captivating creatures were slaughtered in Zambia each year, killed for their valuable ivory tusks. When biologists Mark and Delia Owens, residing in Africa to study lions, found themselves in the middle of a poaching fray, they took the only side they morally could: that of the elephants. The Eye of the Elephant recounts the Owens's struggle to save these innocent animals from decimation, a journey not only to supply the natives with ways of supporting their villages, but also to cultivate support around the globe for the protection of elephants. Filled with daring exploits among disgruntled hunters, arduous labor on the African plains, and vivid depictions of various wildlife, this remarkable tale is at once an adventure story, a travelogue, a preservationist call to action, and a fascinating examination of both human and animal nature. 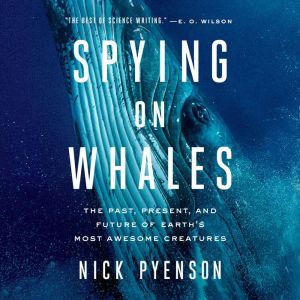 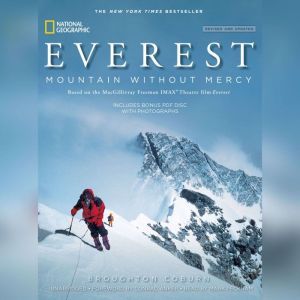 Born in southern Georgia, author Delia Owens grew up loving nature and the wilderness. She would go as far away from her house as she could to escape population, as she rode her horse. Her mother would always tell her, "Go out yonder where the crawdads sing". Later, that phrase would be remembered. She also learned things like how to hike without stepping on rattle snakes, and to not be afraid of critters. Delia enjoyed her small town with her cherished three girlfriends.

Delia's connection to nature and her close friends had a great influence on her studies, then her writing. She loved to write at an early age, winning a writing contest in sixth grade. She had thoughts, even at that young age, that she might one day become a writer. She had many beautiful places that her nature loving family visited on vacation, so it was natural that her first book, Where the Crawdad's Sing, was set in the beautiful Carolina coastal marsh.

Delia graduated from University of Georgia and UC of Davis. In 1974 Delia and husband Mark Owen's headed to Central Kalahari, Africa to begin their extensive study of the female mammal tendency to stay in groups with their offspring. She soon discovered, by watching a pride of lions, that the males tend to wander, only returning for mating or meals, while the females stay in their birth groups forming close bonds for life. It reminded her of her own three friends from childhood, and their ability to remain friends for life.

Their experiences in Africa included hyenas and elephants. From their observations came Cry of the Kalahari, a novel and several articles for various wildlife journals and publications. They also won several awards for their many years of work.

Where the Crawdad's Sing was the beginning of her fascination with the female relationships. She currently lives in Idaho, where she can ride her horse and ski in the serenity of back country. She says not a day goes by that she does not think of the lions, hyenas, and elephants of which she became so fond. She plans to continue writing fiction, but incorporating how our evolutionary past has an influence on today's behavior in a world less wild.