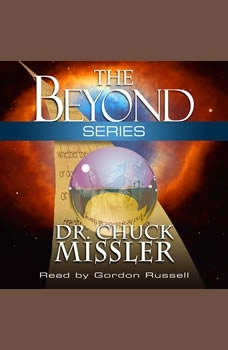 BEYOND TIME AND SPACE • Are there more than four dimensions to physical reality? • Is it possible to traverse time as well as space? • Is there a reality beyond our traditional concepts of time and space? The startling discovery of modern science is that our physical universe is actually finite. Scientists now acknowledge that the universe had a beginning. They call the singularity from which it all began the "Big Bang." While the detail among the many variants of these theories remain quite controversial, the fact that there was a definite beginning has gained widespread agreement. This is, of course, what the Bible has maintained throughout its 66 books. This study is an overview of Einstein’s theories of relativity and the strange nature of light and space-time and hyperspaces and also discusses the nonlinearities of the world. BEYOND COINCIDENCE Is our universe some kind of cosmic accident, or is it the result of careful and skillful design? What do scientists mean by "The Anthropic Principle"? When compiling the many physical and mathematical subtleties which make up our universe, scientist have discovered that a slight variation in any of them militates against the existence of life. Even at the atomic and sub-atomic level, the slightest variation in any of the primary constants of physics - some as sensitive as one part in over 1,000,000 - cause life to be impossible. Even secular science refers to these appearances of apparent design as the "anthropic principle," since they yield the impression that the universe was designed specifically for man. This study discusses the characteristics for our own planet that make life on Earth not just possible, but comfortable as well. We also consider the deliberate design found in the Word of God. We show that the prophecies in the Bible demonstrate that its 66 books had to have had an origin from outside our time domain. The Bible is a message system from beginning to end, and it has one Author. BEYOND PERCEPTION Why do scientists now believe we live in a 10-dimensional universe? Has physics finally reached the very boundaries of reality? There seems to be evidence to suggest that our world and everything in it are only ghostly images: projections from a level of reality so beyond our own that the real reality is literally beyond both space and time. The main architect of this astonishing idea is one of the world's most eminent thinkers- physicist David Bohm, a protege of Einstein's. Earlier, he noticed that, in plasmas, particles stopped behaving like individuals and started behaving as if they were part of a larger and inter connected whole. He continued his work in the behavior of oceans of these particles, noting their behaving as if they know what each on the untold trillions of individual particles were doing. This study will explore the microcosm, the nature of matter and the sub-atomic world. We consider the possibility that the visible world is a hologram, and it appears that our universe is a digital simulation, a three-dimensional mask that covers a deeper reality. BEYOND NEWTON How can a star, distant from us, gravitationally affect our Sun? Where is the missing 95% of matter in the universe? Do dark matter and, even, black holes really exist? Astronomers explain their views relying on the 17th and 18th century tools of their forefathers, Kepler and Newton: gravity, fluid mechanics, and the magnetism of loadstone, rather than those of the 19th century - James Clerk Maxwell and electromagnetic field theory. Beyond Newton explores the challenges to current astronomy by scientists who have discovered that the entire volume of our galaxy is filled with diffuse clouds of magnetized plasma - electrically charged ionized particles. This study leaves the world of the small and explores space. We will challenge the myths of astronomy and be shocked to realize that much of what we know about astronomy isn’t necessarily so.

Uncovering the Secrets of Bible Proph...
by Jeff Kinley