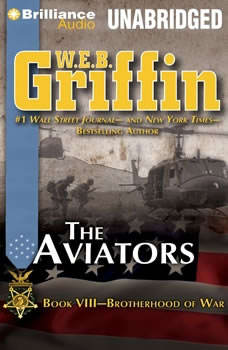 The Aviators: Book Eight of the Brotherhood of War Series

1964. The Vietnam War has begun to escalate, its new style of battle demanding new weapons and tactics and men who can use them. Overnight, it seems, the U. S. Army must scramble to create its first-ever Air Assault Division, a force critical to its chances of success, but the obstacles facing it are staggering—untrained men, mysteriously failing aircraft, vicious inter-service rivalries.As the hostilities increase, the warriors and the women who love them are swept into the struggle, their personal and professional lives twisting and intertwining as they race against time—and the fortunes of war…

The Aviators: Book Eight of the Bro...
Brotherhood of War Series #8