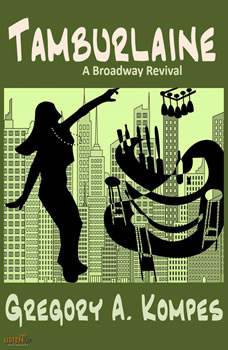 Chris Marlowe, a drag queen of a certain age, has kept the failing, New York City show bar, Tamburlaine, open because of a long-ago made promise. When a young man enters his life, Chris reconnects with the world and everything changes. The bar once again enjoys success, crowds flood to Tamburlaine for the gender-bending shows directed by The Great Jericho Taylor, and Chris’s impersonations of the famed comedienne, Rusty Warren are once again loved by audiences. So, why is someone trying to kill Christopher Marlowe—again and again?

Off Base
by Annabeth Albert

"Have we really come so far, when a tour of the Continent is so desirable a thing? We've traded our swords for treaties, our daggers for promises—but our thirst for violence has never been quelled. And that's the crux of it: it can't be que...

Wheels Up
by Annabeth Albert

Their love is forbidden, but their hearts aren't listening to rules and regulations… Lieutenant Dustin Strauss is a reformed man. No longer a twentysomething hell-raiser, he's his SEAL team's new XO—and a man with a secret. Or seven. ...

On Point
by Annabeth Albert

Never fall for your best friend… Pushing thirty, with his reenlistment looming, decorated navy sniper Maddox Horvat is taking a long look at what he really wants in life. And what he wants is Ben Tovey. It isn't smart, falling for his best...

Detective Cashel "Cash" Godfrey is big, tattooed, and angry so people typically keep their distance. He's fresh out of the police academy, however, no one is looking to partner with the six-foot-four beast with a huge chip on his shoulder and an ina...

Come What May
by A.M. Arthur

Jonas needs Tate. He just doesn't know it yet. Or at least, he doesn't want to admit it. Because there is no way Jonas Ashcroft is gay. He's a straight, carefree frat boy player, just like any good son of a conservative state senator. If...

Here Comes Trouble
by A.E. Via

Detectives Mark Ruxsberg and Chris Green are very good at their jobs. Being the enforcers for God and Day's notorious Atlanta PD Narcotics Task Force causes the crazy duo to get into more trouble than they can often get out of. The pair never misses...

Detective Austin Michaels didn't think life could get any better after he was accepted into the most notorious narcotics task force on the East Coast, headed up by two of the baddest Lieutenants with the Atlanta Police Department—Cashel Godfre... 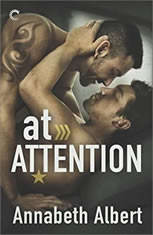 At Attention
by Annabeth Albert

Lieutenant Apollo Floros can ace tactical training missions, but being a single dad to his twin daughters is more than he can handle. He needs live-in help, and he’s lucky a friend’s younger brother needs a place to stay. He’s surp...

E. Lynn Harris has wowed and seduced more than three million readers with the wicked drama and undeniable heart in his novels. Now he’s back with another winner sure to top the bestseller lists—a rip-roaring tale of sex, secrets, betraya...