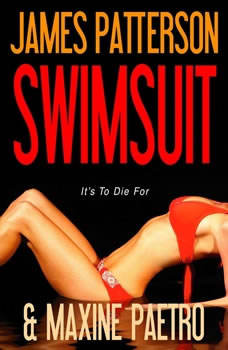 Syd, a breathtakingly beautiful supermodel on a photo shoot in Hawaii, disappears. Fearing the worst, her parents travel to Hawaii to investigate for themselves, never expecting the horror that awaits them.LA Times reporter Ben Hawkins is conducting his own research into the case, hoping to help the victim and get an idea for his next bestseller. With no leads and no closer to uncovering the kidnapper's identity than when he stepped off the plane, Ben gets a shocking visit that pushes him into an impossible-to-resist deal with the devil.A heart-pounding story of fear and desire, SWIMSUIT transports listeners to a chilling new territory where the collision of beauty and murder transforms paradise into a hell of unspeakable horrors.

Swimsuit was different than other books I have read of James Patterson. It was so thrilling all the way thru. I could not believe how this man found it so easy to kill etc. I also like the story about the writer and his story with his girlfriend. I must read for all James Patterson fans.