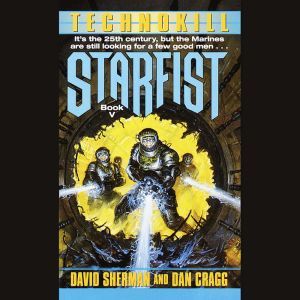 A terrifying secret, an evil coterie of ruthless masterminds, a murderous battle of cunning and deadly skill--it's time to send in the Marines!

After the Confederation makes a shocking discovery on an alien world, a nefarious band of opportunists from the highest echelons of power plot to steal the vast riches for themselves. Along with the ability to crush any resistance, these moguls possess spacecraft, unlimited resources, and a deadly arsenal of cutting-edge weapons.

The only one without a price tag is the Confederation president. Now she is sending Gunnery Sergeant Bass, the men of third platoon, and a single special agent to expose the shadowy figures behind the corruption. And so, on an obscure planet, home to unimaginable treasure and an unsettling species, the toughest fighters in Human Space confront their fiercest battle. For there will be no losers in this war, only the triumphant, the dead, and the vanished . . .