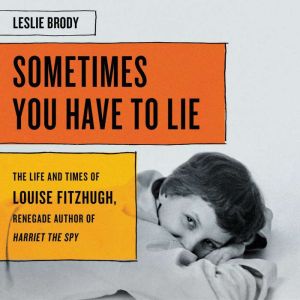 Sometimes You Have to Lie: The Life and Times of Louise Fitzhugh, Renegade Author of Harriet the Spy

In this inspiring biography, discover the true story of Harriet the Spy author Louise Fitzhugh -- and learn about the woman behind one of literature's most beloved heroines.Harriet the Spy, first published in 1964, has mesmerized generations of readers and launched a million diarists. Its beloved antiheroine, Harriet, is erratic, unsentimental, and endearing-very much like the woman who created her, Louise Fitzhugh.Born in 1928, Fitzhugh was raised in segregated Memphis, but she soon escaped her cloistered world and headed for New York, where her expanded milieu stretched from the lesbian bars of Greenwich Village to the art world of postwar Europe, and her circle of friends included members of the avant-garde like Maurice Sendak and Lorraine Hansberry. Fitzhugh's novels, written in an era of political defiance, are full of resistance: to authority, to conformity, and even -- radically, for a children's author -- to make-believe.As a children's author and a lesbian, Fitzhugh was often pressured to disguise her true nature. Sometimes You Have to Lie tells the story of her hidden life and of the creation of her masterpiece, which remains long after her death as a testament to the complicated relationship between truth, secrecy, and individualism.