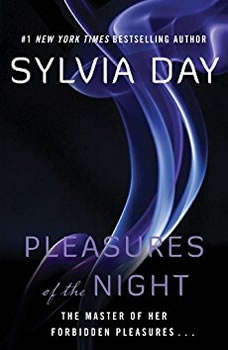 Pleasures of the Night

There are sensuous pleasures that can only be tasted in the night . . . He comes to her in the twilight between sleep and consciousness to fulfill her secret desires. Lyssa Bates has never experienced such ecstasy, brought to her by a man whose deep, soul-penetrating blue eyes hold the promise of tempting intimacies and decadent pleasures. But this stranger, this lover, this immortal seducer is only a dream—a phantom of her nocturnal fantasies—until he appears, inexplicably, at her door in the flesh! Lyssa aches for the reality of him, but there is grave danger in surrender. Because Captain Aidan Cross is on a mission, and the passion that consumes them both, body and soul, could have dire consequences in a world of dreams . . . and in the waking one as well.