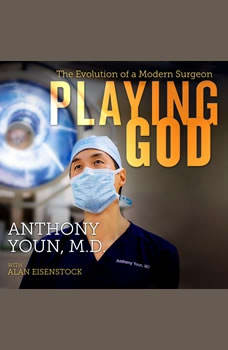 Playing God: The Evolution of a Modern Surgeon

In this thrilling and moving memoir, Dr. Anthony Youn reveals that the true metamorphosis from student to doctor occurs not in medical school but in the formative years of residency training and early practice.