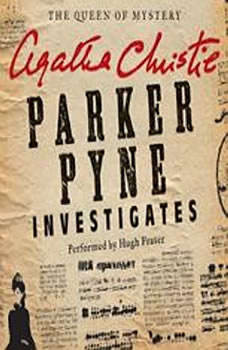 Agatha Christie once again demonstrates her mastery of the short form mystery with Parker Pyne Investigates—short stories of crime and detection featuring Parker Pyne, certainly one of the most unconventional private investigators ever to pursue a hot lead.Mrs. Packington felt alone, helpless and utterly forlorn. But her life changed when she stumbled upon an advertisement in the Times that read: "Are you happy? If not, consult Mr. Parker Pyne."Equally adept at putting together the fragments of a murder mystery or the pieces of a broken marriage, Mr. Parker Pyne is possibly the world's most unconventional private investigator. Armed with just his intuitive knowledge of human nature, he is an Englishman abroad, traveling the globe to solve and undo crime and misdemeanor.