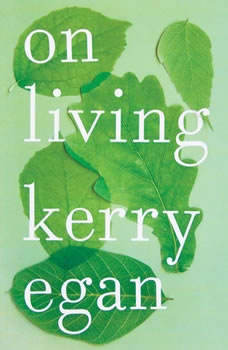 "A poetic and philosophical and brave and uplifting meditation on how important it is to make peace and meaning of our lives while we still have them.” –Elizabeth Gilbert, bestselling author of Eat Pray Love

A hospice chaplain passes on wisdom on giving meaning to life, from those taking leave of it.

As a hospice chaplain, Kerry Egan didn’t offer sermons or prayers, unless they were requested; in fact, she found, the dying rarely want to talk about God, at least not overtly. Instead, she discovered she’d been granted a powerful chance to witness firsthand what she calls the “spiritual work of dying”—the work of finding or making meaning of one’s life, the experiences it’s contained and the people who have touched it, the betrayals, wounds, unfinished business, and unrealized dreams. Instead of talking, she mainly listened: to stories of hope and regret, shame and pride, mystery and revelation and secrets held too long. Most of all, though, she listened as her patients talked about love—love for their children and partners and friends; love they didn’t know how to offer; love they gave unconditionally; love they, sometimes belatedly, learned to grant themselves.

This isn’t a book about dying—it’s a book about living. And Egan isn’t just passively bearing witness to these stories. An emergency procedure during the birth of her first child left her physically whole but emotionally and spiritually adrift. Her work as a hospice chaplain healed her, from a brokenness she came to see we all share. Each of her patients taught her something about what matters in the end—how to find courage in the face of fear or the strength to make amends; how to be profoundly compassionate and fiercely empathetic; how to see the world in grays instead of black and white. In this hopeful, moving, and beautiful book, she passes along all their precious and necessary gifts.