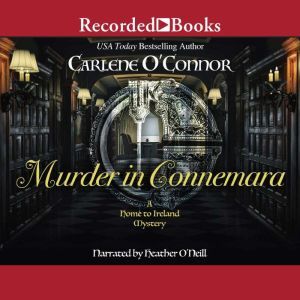 In Galway County, a chance at redemption is denied by an unforgiving killer … Former New Yorker and interior designer Tara Meehan is eagerly anticipating the grand opening of her architectural salvage shop Renewals in her newly adopted home of Galway. She's in the midst of preparations when heiress Veronica O'Farrell bursts in to announce she's ready for some renewal of her own. To celebrate one year of sobriety, she's invited seven people she wronged in her drinking days to historic Ballynahinch Castle Hotel in neighboring Connemara to make amends in style. But perhaps one among them is not so eager to pardon her past misdeeds. Veronica is found lying in the ruins of manor house Clifden Castle with an antique Tara Brooch buried in her heart—the same brooch Tara Meehan admired in her shop the day before, posting a photo with the caption: #Killerbrooch. Now she's a prime suspect, along with Veronica's guests, all of whom had motives to stab the heiress. It's up to Tara to pin down the guilty party …