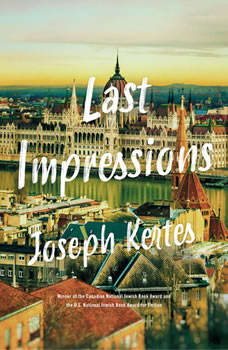 How can you say goodbye forever when you've left an important secret unspoken?

Zoltan Beck is dying. His devoted but long-suffering sons, Ben and Frank, are trying to prepare themselves and their families for Zoltan's eventual departure...but they can't quite bring themselves to believe that the end is really at hand, and neither can Zoltan himself. The head of a family marked by war and tragedy for decades, he "can't stand to be in a room with a miserable person" and has done his best to keep the pain of his refugee past from his beloved children. But as he faces the end of his life, he discovers a heartbreaking secret from the War that will ultimately bring the family together--or irrevocably disrupt it. Set in both mid-20th century Hungary and contemporary Toronto, this is a deeply moving novel that revels in the energy of its extraordinary characters. It is the story of lost love and newfound connections, of a father and his sons desperately reaching out to bridge an ever-widening gap...even as their time together ebbs away.

The Kitchen Front
by Jennifer Ryan