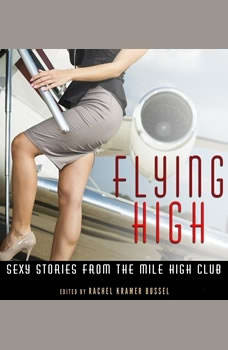 This red-hot guide to getting it on at 30,000 feet will have readers racing to the ticket counter so they too can be Flying High. Editor Rachel Kramer Bussel presents scintillating stories of one-flight-stand seductions by strangers, frisky flight attendants, pent-up pilots, an exhibitionist screen star who's hot to trot, a female flying instructor who takes two male students under her wing, and a couple who take advantage of the latest in-flight technology. Featuring arousing new works by Alison Tyler, Thomas, S. Roche, Elizabeth Coldwell, and many more, Flying High is sure to make anyone a frequent flyer!