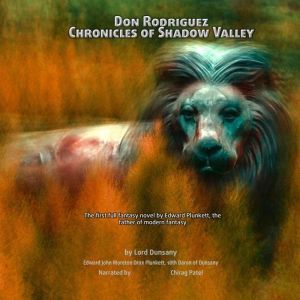 Don Rodriguez: Chronicles of Shadow Valley: Fantastical and romantic tales of a Spain That Never Was, with a quintessentially British Quixote

Lord Dunsany was the progenitor of modern fantasy fiction. From Tolkein to Gaiman, from Le Guin to Moorcock, his words inspired an entire genre of modern dark fantasy.

A fun adventure in a Spain that never was, in the vein of Dumas and Stevenson, with more than a taste of Cervantes. Don Rodriguez is a young nobleman who is banished from the family castle, and must set out with his rapier and mandolin to win his own estate, and perhaps even a bride. Along with his trusty servant Morano, he journeys far into the heart of the mythical Shadow Valley. Echoes of The Princess Bride resonate throughout.

“How to describe this book? It's a pretty problem. As might a child, after dashing off to play on a bright summer morning—hours splashing in the river, exploring the forests, duelling with sticks against the Infidel (or the child next door if the Infidel be not available), winning a week's pocket-money at marbles and losing it again—as such a child, when asked "what did you do today?" simply shrugs and replies "oh, nothing much"; just so should I feel, dear Reader, were I to attempt to pin down the precise qualities of this book for you. It doesn't wash. And yet I must make the attempt.

I can say this much: this is a book to be approached lightly. The magic Lord Dunsany weaves is delicate, and you may raise an eyebrow and start to protest that you know the history of Spain, and the events he relates cannot possibly have taken place in the manner he describes. Moreover the characters in his story are surely stereotypes, mere caricatures, and no such people can possibly have walked those dusty roads, and even if they did they cannot have subsisted merely on bacon. Not possible, you say. But when you read of Morano's noble frying pan, of bacon cooked beneath the stars and eaten at the wayfarer's green table, you might find that you believe in Bacon after all.” [Iain, Goodreads] 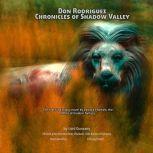 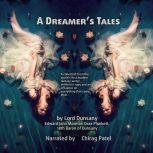 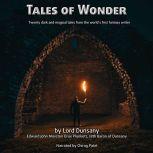 Don Rodriguez: Chronicles of Shadow...
The Illustrated Original Masters of...

A Dreamer's Tales
The Illustrated Original Masters of...

Tales of Wonder
The Illustrated Original Masters of...