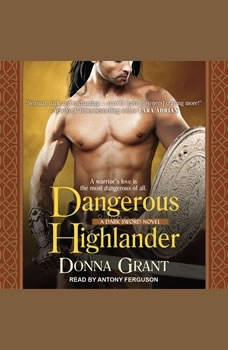 He is magnificently strong—and dangerously seductive. One of the fiercest of his clan, Lucan MacLeod is a legend among warriors, inspiring fear in man and woman alike. For three hundred years, he has locked himself away from the world, hiding the vengeful god imprisoned in his soul. But then, a young lass caught in a raging storm awakens his deepest impulses . . . and darkest desires.Cara doesn't believe the rumors about MacLeod castle—until the majestic Highland warrior appears like a fiery vision in the storm, pulling her into his powerful arms, and into his world of magic and Druids. An epic war between good and evil is brewing. And Lucan must battle his all-consuming attraction for Cara—or surrender to the flames of a reckless, impossible love that threatens to destroy them both.

To Tame a Highland Warrior
by Karen Marie Moning

A Woman’s Tender Touch He was born to a clan of warriors of supernatural strength, but Gavrael McIllioch abandoned his name and his Highland castle, determined to escape the dark fate of his ancestors. Hiding his identity from the relentless ...

Christina Bennett had taken London society by storm. The ravishing beauty guarded the secret of her mysterious past until the night Lyon, Marquis of Lyonwood, stole a searching, sensuous kiss. An arrogant nobleman with a pirate's passions, he tasted...