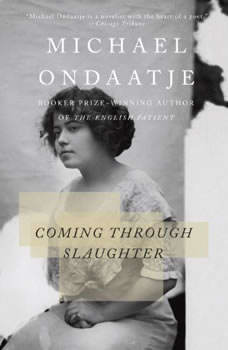 Bringing to life the fabulous, colorful panorama of New Orleans in the first flush of the jazz era, this book tells the story of Buddy Bolden, the first of the great trumpet players--some say the originator of jazz--who was, in any case, the genius, the guiding spirit, and the king of that time and place. In this fictionalized meditation, Bolden, an unrecorded father of Jazz, remains throughout a tantalizingly ungraspable phantom, the central mysteries of his life, his art, and his madness remaining felt but never quite pinned down. Ondaatje's prose is at times startlingly lyrical, and as he chases Bolden through documents and scenes, the novel partakes of the very best sort of modern detective novel--one where the enigma is never resolved, but allowed to manifest in its fullness. Though more 'experimental' in form than either The English Patient or In the Skin of a Lion, it is a fitting addition to the renowned Ondaatje oeuvre.