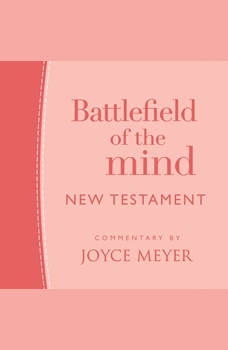 Battlefield of the Mind New Testament

Win your spiritual battles with this beautiful book of introductions, articles, commentaries, notes, and prayers.This New Testament edition of the Battlefield of the Mind Bible will offer peace through the power of Scripture, along with insights drawn from internationally renowned Bible teacher Joyce Meyer. Perfect as a gift for yourself or someone you love, the inspirations found within the New Testament will empower you to change your thoughts and life, and win the battle in your mind.

The Early Teachings of the Buddha wit...
by Sarah Shaw

I'll Be There for You: The One about ...
by Kelsey Miller