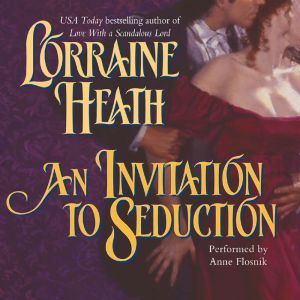 An Invitation to Seduction

Kitty Robertson has grown up wealthy and influential, and she’s never more at home than when in an English parlor displaying her social graces. When she looks for a husband, of course she seeks a man just as home in his position-hopefully a lofty one-as she is. Nicholas Glenville, Marquess of Greystone, is just such a man. He is so attentive and gentlemanly, that she can’t help but accept his proposal of marriage, and is now looking forward to this Season being her last one as a single woman.

But at the very first ball of the year, she meets an enigmatic, gorgeous duke, who asks her for a dance. That duke is Trevor Nicholson, a man who knows the marquess well enough to know that he would not make her any kind of husband at all. Instead he nominates himself for the position, but as he soon finds, convincing the beautiful Miss Robertson to marry him instead will be the trickiest-and most worthwhile-task of his life.