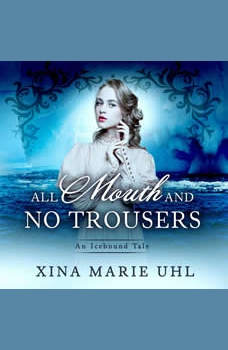 All Mouth and No Trousers: A Sweet Historical Romance

A romantic novella in the Icebound series, an ongoing collection of polar delights.

This is Antarctica, where the intrepid inhabitants of the frozen ends of the earth battle the terrain, and each other, to find love—in a past much like that of the early 1900s.

Amidst the scientists and explorers at the British Antarctic base in 1900 there are a few women who serve as maids, cooks, and nurses.

The beautiful blonde secretary has no problem attracting male attention, but she’s got her eye set on Commander Gorge Elderbatch. He may yell like a longshoreman and drink like a fish, but Electa likes the cut of his jib, and the idea of being an officer’s wife.

Gorge has enough trouble with ice crevasses, blizzard forecasts, and upcoming polar expeditions without his smart-mouthed secretary defying him at every turn. What could a looker like her want with a grump like him, anyhow? Especially since he’s sworn off women after his disastrous divorce.

Gorge may be as dense as an iceberg, but Electa hasn’t yet met a man she couldn’t charm. Though if that doesn’t work she has plenty of schemes that just might. The result is a comedy of errors and explosions in a frostbitten frontier.