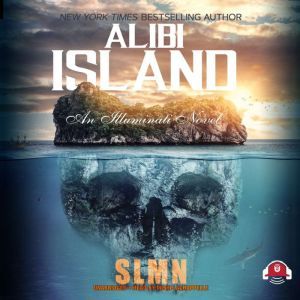 Alibi Island is a legendary paradise hidden away deep in international waters. The only law is money. Sex, drugs, murder. You’ve got to pay to play, but it’s all fair game if you’re rich enough.On Alibi Island, the rich and famous are kings. Back in America they’re just rich—they’re surrounded by the cult of celebrity their wealth brings, but they can never be themselves. They can never indulge in their darkest desires and let the beast that is their true nature out.The place is legendary. Few ever get the black and gold card inviting them to indulge, and fewer still can afford the stay. But there is a dark side to paradise. The island is the hub of a human trafficking operation that sees children stolen from their families in India and Asia, and even familiar faces from milk cartons in the United States. Every taste and perversion needs to be catered to on the Island. And when the young sex slaves are finally broken and used up, they become fair game in a murderous hunt where, with nowhere to go, they are forced to run for their lives.Alibi Island is a lucrative business. What happens on the island stays on the island. That’s the promise. But it is a lie. Everything that happens is recorded. All of that footage becomes blackmail material down the line, as the island’s secret power brokers look to cement their stranglehold on power. And when a senator’s daughter’s disappearance is linked to the island, all of its darkest secrets are at risk …