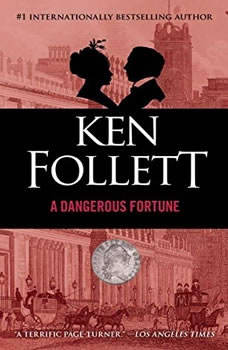 A breathtaking thriller featuring “political and amorous intrigues, cold-blooded murder, and financial crises” (San Francisco Chronicle), from the #1 New York Times bestselling author of A Column of FireIn 1866, tragedy strikes the exclusive Windfield School when a young student drowns in a mysterious accident. His death and its aftermath initiate a spiraling circle of treachery that will span three decades and entwine many lives.From the exclusive men’s clubs and brothels that cater to every dark desire of London’s upper class to the dazzling ballrooms and mahogany-paneled suites of the manipulators of the world’s wealth, one family is splintered by a shared legacy. But greed, fed by the shocking truth of a boy’s death, must be stopped, or the dreams of a nation will die.