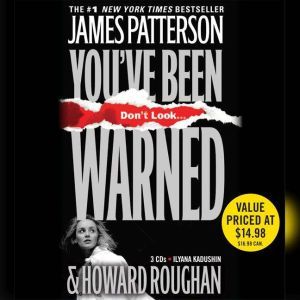 Kristin Burns is making her way in New York City. Her photos are being considered at a major Manhattan gallery, she works by day with two wonderful children, and the man of her dreams is almost hers for keeps. But just as everything she's ever wanted is finally within reach, her life changes forever--with one murderous nightmare.Kristin wakes up every morning from the same chilling, unforgettable dream. And suddenly, it's visiting her during the day too. As her life turns stranger by the minute, Kristin is haunted and terrified. Is it all in her head? Or is the nightmare becoming her life? Kristin searches desperately for what's real through the lens of her camera, only knowing two things for sure: that no place is safe and the fate of everyone she loves lies in her hands.

While listening to this book I kept giving James Patterson the benifit of the doubt. I can only say I'm glad I didn't buy this book. I felt this book had a very thin plot, and the ending was the worst I have ever heard. I kept wondering where this book was going. Mr. Patterson please write your books with out a co author.

I really enjoyed this book. Even though the story was largely unbelievable, listening to the CD's kept me sitting in the driveway, not wanting to turn off the car. This is definitly worth listening to.

I really like listening to James Patterson books. This, however, was a real stinker in my humble opinion. I would not recommend it.

A bad plot line on a loop that never ends. I wonder if James Patterson even read this story before attaching his name to it. I'm not sure if the authors wanted to target the morality play or the supernatural, but either way it missed by a long shot.

This was the WORST book I have ever read/listened to. The main character is so pathetic and the plot is ridiculous. I am a big Patterson fan, but this one takes him down a few notches.