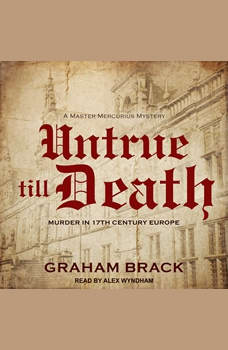 This time murder has hit close to home . . . 1674, Leiden, the Netherlands After successfully solving the case of the missing girls in Delft, Master Mercurius has made a name for himself as a private investigator. With unrest occurring both nationally and internationally, William of Orange is obsessed by plots against his leadership. He calls on Mercurius to help to spy on state officials. But before Mercurius has a chance to investigate, his colleague at the University of Leiden is killed. And when one of William's men is also murdered, Mercurius suspects there could be a serial killer on the loose . . . Are the two deaths connected? Is there a plot against the Dutch ruler? And can Mercurius successfully solve another murder case?