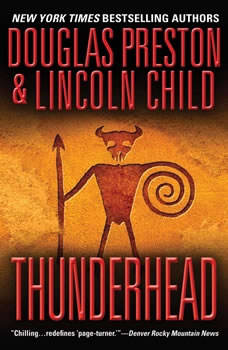 Archaeologist Nora Kelly is adrift in her career and her personal life when a violent, inexplicable incident leaves her in possession of a mysterious letter. Written by her father, who vanished sixteen years ago in the remote desert, the letter reveals the location of a legendary site hidden in the red rock canyon country of southern Utah: Quivira, the Anasazi Indians' wondrous lost city of gold.--BOOK JACKET. "Convinced that her father truly had found Quivira, Nora puts together an expedition and takes a team up Lake Powell to the mouth of Serpentine Canyon. In the stark labyrinth of canyons and slickrock desert she will find the answer to both her greatest hopes and her deepest nightmare. For hidden in the shadows of the sunbaked cliffs are untold treasures, the solution to the greatest riddle of American archaeology - and implacable, suffocating death."--BOOK JACKET.