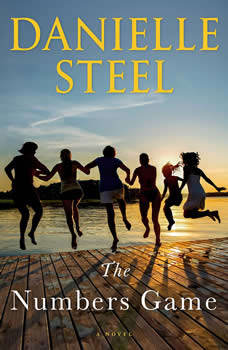 In Danielle Steels stunning novel, modern relationships come together, fall apart, and are reinvented over time, proving that age is just a number. Eileen Jackson was happy to set aside her own dreams to raise a family with her husband, Paul. Together they built an ordinary life in a Connecticut town, the perfect place for their kids to grow up. But when Eileen discovers that Pauls late nights in the city are hiding an affair with a younger woman, she begins to question all those years of sacrifice and compromise. On the brink of forty and wondering what shes going to do with the rest of her life, is it too late for her to start over? Meanwhile, as Paul is thrust back into the role of suburban fatherhood, his girlfriend, Olivia, is in Manhattan, struggling to find herself in the shadow of her mother, a famous actress, and her grandmother, a fiercely independent ninety-two-year-old artist. With their unique brands of advice ringing in her head, Olivia takes a major step, expanding her art gallery business internationally. Seeing her mother pursue old dreams and even find new love, Olivia realizes that there is so much she must learn about herself before committing her life to someone else. Ultimately, Eileen decides to chase her own dreams as well. Shes off to Paris to attend Le Cordon Bleu cooking school. What awaits is an adventure that reinvents her life and redefines her. At every age, there are challenges to be met and new worlds to discover. In this surprising, illuminating novel, Danielle Steel gives us a warmhearted portrait of people driven by their emotions, life experiences, and loyalties who realize that its never too late to turn a new page and start again.