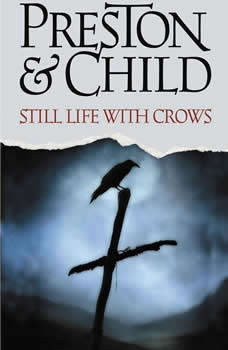 Still Life With Crows: Booktrack Edition adds an immersive musical soundtrack to your audiobook listening experience! * A small Kansas town has turned into a killing ground.Is it a serial killer, a man with the need to destroy?Or is it a darker force, a curse upon the land?Amid golden cornfields, FBI Special Agent Pendergast discovers evil in the blood of America's heartland.No one is safe. *Booktrack is an immersive format that pairs traditional audiobook narration to complementary music. The tempo and rhythm of the score are in perfect harmony with the action and characters throughout the audiobook. Gently playing in the background, the music never overpowers or distracts from the narration, so listeners can enjoy every minute. When you purchase this Booktrack edition, you receive the exact narration as the traditional audiobook available, with the addition of music throughout.