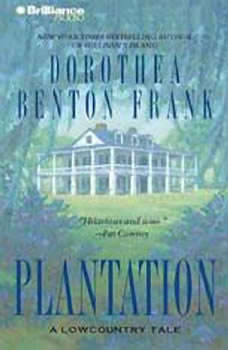 When Caroline Wimbley Levine learns that her mother, Miss Lavinia, has supposedly gone mad, she leaves the big city bustle of Manhattan and returns to Tall Pines Plantation. Caroline originally left Tall Pines to escape her feisty, eccentric mother and her drunken brother, Trip, but when Miss Lavinia dies, Caroline is forced to come to terms with her family's troubled history as well as her failing relationship with her husband. As Caroline reminisces about her past rebelliousness and her childhood, she realizes that her father's sudden and tragic death many years before served as a catalyst for the family's disintegration. Caroline and Trip also learn that their seemingly selfish and self-assured mother was not so uncaring after all.

Of the many barrier islands that pepper the coast of South Carolina’s Lowcountry, Pawleys Island, the “arrogantly shabby” family playground for generations, might be the most mysterious and charming of them all. It is here and in t...