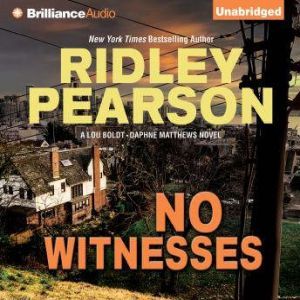 Seattle police detective Lou Boldt and police psychologist Daphne Matthews return in No Witnesses to confront the most challenging case of their careers. People are dying throughout Seattle — victims of a madman who is placing poisoned food in neighborhood supermarkets. But the criminal is intelligent: he writes the police chilling extortion letters — faxed directly from a laptop computer over public telephone lines — and retrieves his ransom electronically, through automatic teller machines in hundreds of locations around the city. And while he is a murderer, his crimes take place miles and often days away from his innocent victims' demise. How can you stop a criminal when there is no crime scene to study — and no witnesses? Daphne knows that no killings take place in a vacuum: there must be psychological motivations that she should be able to determine if she digs deep enough. And Boldt knows that despite the seemingly impossible task, there must be some forensic trail that he can follow — even if it is only through the netherworld of computer networks. The two of them work their own ways, with their own agendas, to track a killer — only to find a truth darker than they ever imagined. No Witnesses is Pearson's most accomplished and complex crime novel — a book that brings the police thriller into fascinating new territory. 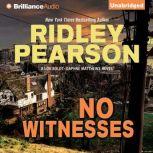 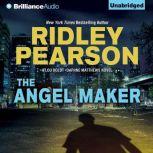 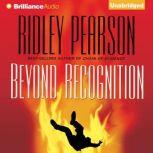