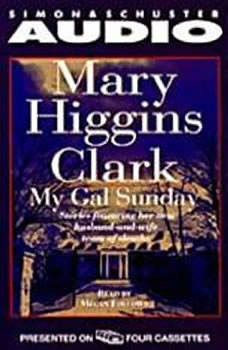 Henry Parker Britland IV is wealthy and worldly -- a beloved former president who, still youthful, is enjoying early retirement. His new wife, Sunday, is beautiful, smart and seventeen years younger than he, and has just been elected to Congress in a stunning upset victory that has made her the darling of the media. Henry and Sunday make a formidable team of sleuths -- and never more so than when they set out to solve crimes occurring among their friends in political high society. With cases ranging from a crime on the presidential yacht to a mysterious murder implicating the former secretary of state, there is never a dull moment! With her wit and gift for characterization, the creator of the popular Alvirah and Willy stories brings us another marvelously endearing sleuthing duo, destined to return again and again.

Pretend You Don't See Her
by Mary Higgins Clark

What happens when a young woman is accidentally caught up in a dangerous murder investigation, having merely been in the wrong place at the wrong time?What happens when she is placed under protective care, forced to give up her identity and move to ...

At the luxurious Roarke Palace Hotel, a maid walks into suite 4602 for the nightly turndown - and steps into her worst nightmare. A killer leaves her dead, strangled by a thin silver wire. He’s Sly Yost, a virtuoso of music and murder. A hit m...

Best-selling author of Hot Blooded, Lisa Jackson reunites detectives Rick Bentz and Reuben Montoya in this gripping psychological thriller. As a serial killer terrorizes New Orleans, the detectives enlist the aid of psychic Olivia Benchet. As the be...