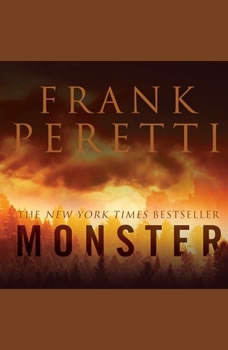 Some monsters are real. Miles away from the hectic city, Reed and Rebecca hike into the beautiful Northwestern woods. They are surrounded by gorgeous mountains, waterfalls, and hundreds of acres of unspoiled wilderness. During their first night of camping, an unearthly wail pierces the calm of the forest. Then something emerges from the dense woods. Everything that follows is a blur to Reed&#8212;except the unforgettable image of a huge creature carrying his wife into the darkness. Enter into deep wilderness where the rules of civilization no longer apply. A world where strange shadows lurk. Where creatures long attributed to overactive imaginations and nightmares are the hunters . . . and people are the hunted. Frank Peretti delivers page-turning thrills and keeps listeners guessing in this New York Times best-selling novel where things that go bump the night are only a heartbeat away.

Israel successfully launches a first strike on Iran, taking out all of their nuclear sites and six of their nuclear warheads. American president William Jackson threatens to support a U.N. Security Council resolution condemning the Jewish State for ...

I had already read the book when I listened to it with my husband on audio. I still enjoyed it.