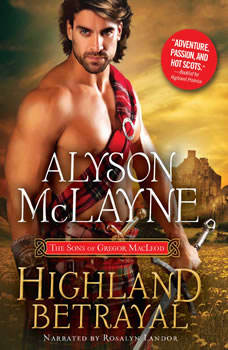 Third in an exciting series from Wattpad author Alyson McLayne, featuring the loyal, brooding heroes of the Scottish Highlands and the beautiful lasses who steal their hearts. SCOTTISH HISTORICAL ROMANCE: Laird Callum MacLean vowed to marry Maggie MacDonnell. But when his father's supposed suicide makes him Laird of a clan, he's too busy unmasking his father's killer to bring her into his dangerous new home. Maggie's home isn't any safer, so she does what any resourceful Highland lass would do. She escapes-and finds herself toe-to-toe with Callum, who's determined to fulfill his promise. Maggie can't bring herself to trust him with her heart again. But with a traitor still at large, they must rely on each other in every way, or their clans-and their love-will be destroyed.