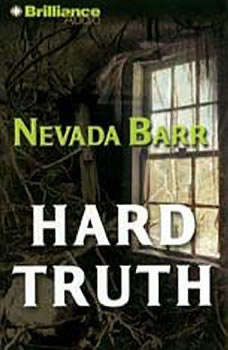 Just three days after her wedding to Sheriff Paul Davidson, Anna Pigeon moves from Mississippi to Colorado to assume her new post as district ranger at Rocky Mountain National Park, where three girls have disappeared during a religious retreat. Two of the children reappear a month later, clad only in filthy underwear and claiming to remember nothing of the intervening weeks. The girls are frightened and traumatized, but they forge a bond with the pair of campers who discover them - a wheelchair-bound paraplegic and her elderly aunt. With the reappearance of the children comes an odd and unsettling presence in the park, a sense of disembodied evil and unspeakable terrors: small animals are mercilessly slaughtered, and a sinister force seems to still control the girls. As Anna investigates, she finds herself caught up in the machinations of a paranoid religious sect bent on protecting their secrets and keeping the girls sequestered from law enforcement and psychiatric help. Following the trail of the many suspects, especially that of the cult’s intense youth-group leader, Anna comes to find the force against which the children’s minds have been broken. This evil has the eyes of a visionary and the soul of the devil. Anna will discover the truth - even if it kills her.