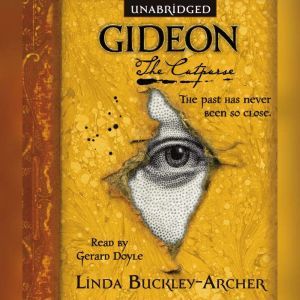 Gideon the Cutpurse: Being the First Part of the Gideon Trilogy

THE FUTURE OF HISTORY RESTS IN HIS HANDS The year is 1763. Gideon Seymour, cutpurse and gentleman, hides in dense underbrush from the villainous Tar Man. Suddenly the sky peels away like fabric and from the gaping hole fall two curious-looking children. Peter Schock and Kate Dyer have fallen straight from the twenty-first century, thanks to an experiment Kate's father was running with an antigravity machine. Before Gideon and the children have a chance to gather their wits, the Tar Man has taken off with the machine and Kate and Peter's only chance of getting home. Soon Gideon, Kate, and Peter are swept into a journey through eighteenth-century London, over the routes of notorious highwaymen, and even into King George's palace and form a bond that, they hope, will stand strong in the face of unfathomable treachery. Historical detail comes alive as debut author Linda Buckley-Archer weaves the eighteenth-century trials of Gideon, Kate, and Peter with the modern-day worries of their parents and the wily investigator trying to piece together the children's disappearance. A time-travel tale in the tradition of Mark Twain with a touch of Back to the Future, the first audiobook of the Gideon trilogy introduces listeners to a modern genre all its own.