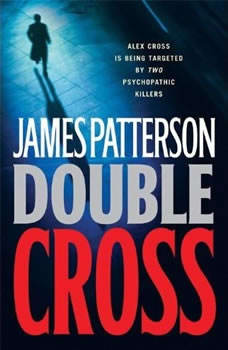 Just when Alex thought his life was calming down into a routine of patients and therapy sessions, he finds himself back in the game--this time to catch a criminal mastermind like no other.A spate of elaborate murders in Washington, D.C. have the whole East Coast on edge. They are like nothing Alex Cross and his new girlfriend, Detective Brianna Stone, have ever seen. With each murder, the case becomes increasingly complex. There's only one thing Alex knows: the killer adores an audience.As victims are made into gruesome spectacles citywide, inducing a media hysteria, it becomes clear to Alex that the man he's after is a genius of terror--and he's after fame. The killer has the whole city by its strings--and he'll stop at nothing to become the most terrifying star that Washington ,D.C. has ever seen.

I was very disappointed in this installment of the Alex Cross novels - his children are barely mentioned. Gone is the 'family man' - he is more interested in Bree. Alex makes the decision to return to the police force but doesn't even discuss it with his family other than Nana. The killers are refering to him by name and sending him photos of his family yet he doesn't provide any additional security. This is not the Alex Cross of previous novels he is way off his game. I also grew tired of the detailed random murders for no reason other than attention. I finally learned the difference between a 'good murder mystery' and a gory, psycho killer novel. A good murder mystery this is not and I won't be tuning in anymore.