Blow: How a Small-Town Boy Made $100 Million with the Medelln Cocaine Cartel and Lost It All

Blow is the unlikely story of George Jungs roller-coaster ride from middle-class high school football hero to the heart of Pablo Escobars Medelln cartelthe largest importer of the United States cocaine supply in the 1980s. Jungs early business of flying marijuana into the United States from the mountains of Mexico took a dramatic turn when he met Carlos Lehder, a young Colombian car thief with connections to the then newly born cocaine operation in his native land. Together they created a new model for selling cocaine, turning a drug used primarily by the entertainment elite into a massive and unimaginably lucrative enterpriseone whose earnings, if legal, would have ranked the cocaine business as the sixth largest private enterprise in the Fortune 500.The ride came to a screeching halt when DEA agents and Florida police busted Jung with three hundred kilos of coke, effectively unraveling his fortune. But George wasnt about to go down alone. He planned to bring down with him one of the biggest cartel figures ever caught.With a riveting insider account of the lurid world of international drug smuggling and a supercharged drama of one mans meteoric rise and desperate fall, Bruce Porter chronicles Jungs life using unprecedented eyewitness sources in this critically acclaimed true crime classic. 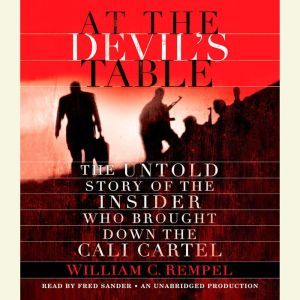