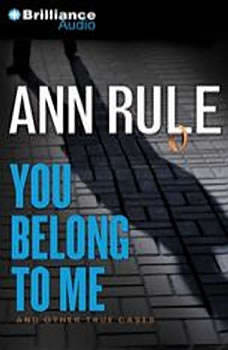 You Belong to Me: And Other True Cases

A former Seattle policewoman, Ann Rule has extensive experience of violent crime and brings this knowledge to bear in this collection of fascinating case studies. You Belong to Me focuses on one of Florida's most shocking criminals—Tim Harris, the poster-perfect "All-American" State Trooper who hid bizarre and fatal fantasies behind his badge of authority.Bearing the stamp of classic Ann Rule that makes her books so extraordinary, this and other cases from her personal files prove once again her undisputed status as the Queen of True Crime.

You Belong to Me: And Other True Ca...
Ann Rule's Crime Files #2