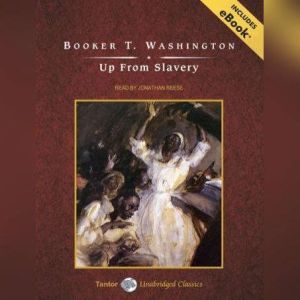 For the fifty years that followed its original publication in 1901, Up From Slavery was the most widely known book written by an African American. The life of Booker T. Washington was the embodiment of the American self-made man, and his autobiography gave voice for the first time to a vast group that had to pull itself up from nothing. The well-documented ordeals and observations of this humble and plainspoken schoolmaster reveal traces of Washington's other nature: the ambitious and tough-minded analyst. Here was a man who had to balance the demands of his fellow blacks with the constraints imposed on him by whites. Historically acknowledged as one of America's most powerful and persuasive orators, Booker T. Washington consistently challenged the forces of racial prejudice at a time when such behavior from a black man was unheard of. While he mollified white leaders by publicly agreeing with their racist views of social parity, he also worked tirelessly to convince blacks to work together as one people in order to improve their lives and the future of their race. This story of Booker T. Washington's rise to distinction emphasizes that a strong work ethic and excellence in whatever one is doing will be rewarded no matter what race or what position a person holds in life. As far as Washington was concerned, slavery only made the black person stronger. He also argued that both blacks and whites would benefit more from giving blacks vocational training than from encouraging the "craze for Greek and Latin learning." While this set him at odds with other black leaders of his time, it also set the groundwork for Washington's Tuskegee Institute to be the best-funded black educational institution of its era.