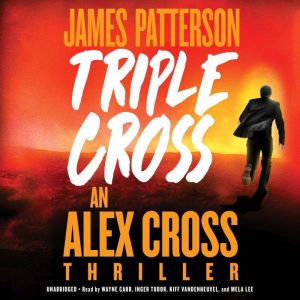 Detective Alex Cross hunts down a serial killer who targets entire families—and who will next be coming for the Crosses.

A precise killer, he always moves under the cover of darkness, flawlessly triggering no alarms, leaving no physical evidence.

Cross and Sampson aren’t the only ones investigating.

Also in on this most intriguing case is the world’s bestselling true-crime author, who sees patterns everyone else misses.

The writer, Thomas Tull, calls the Family Man murders the perfect crime story. He believes the killer may never be caught.

Cross knows there is no perfect crime. And he’s going to hunt down the Family Man no matter what it takes.

Until the Family Man decides to flip the narrative and bring down Cross and his family.