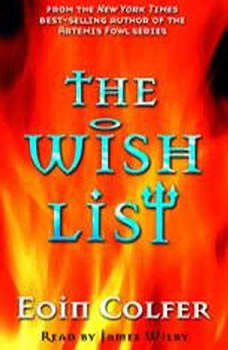 From the author of the bestselling Artemis Fowl series comes a heartwarming tale of a young girl who is given a gift--the chance to right her wrongs, and discover the true meaning of life.

Meg Finn is in trouble. Unearthly trouble. Cast out of her own home by her stepfather after her mom's death, Meg is a wanderer, a troublemaker. But after her latest stunt, finding a place to sleep is the lead of her worries. Belch, Meg's partner in crime, has gotten her involved in an attempt to rob an old man's apartment, and things have gone horribly wrong. After an accidental explosion, both Meg and Belch's spirits are flung into limbo, and a race begins between the demonic and the divine to win Meg's soul.

Meg's not such a bad kid, but she hasn't exactly been an angel either, so the tally for her "good" and "evil" deeds are dead even. Her only chance for tipping the scales to salvation is by going back to earth and doing some good--specifically, helping Lowrie, the old guy she tried to rob. He's got a wish list of life regrets to be set right and only so much time to do it. But even if Meg can persuade Lowrie to get mixed up with her, she's going to have to deal with an even scarier, undead Belch who's definitely on the side of the Devil now.

With laughs and chills, The Wish List is an exciting tale of life, death, and unexpected hereafter.