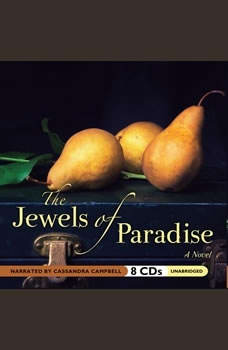 The Jewels of Paradise

Donna Leon has won heaps of critical praise and legions of fans for her bestselling mystery series featuring Commissario Guido Brunetti, one of contemporary crime fiction's most beloved characters. With The Jewels of Paradise, Leon takes readers beyond the world of the Venetian Questura in her first stand-alone novel. Caterina Pellegrini is a native Venetian, and like so many of them, she's had to leave home to pursue her career elsewhere, mostly abroad. With a doctorate in baroque opera from Vienna, she lands in Birmingham, England, as a research fellow and assistant professor. Birmingham, however, is no Venice, so when she gets word of a position back home, Caterina jumps at the opportunity. The job is an unusual one. After nearly three centuries, two locked trunks, believed to contain the papers of a once-famous, now largely forgotten baroque composer, have been discovered. The composer was deeply connected in religious and political circles, but he died childless, and now two Venetian men, descendants of his cousins, each claim inheritance. With rumors of a treasure, they aren't about to share the possible fortune. Caterina has been hired to attend the opening of the trunks and examine any enclosed papers to discover the "testamentary disposition" of the composer. But when her research takes her in unexpected directions and a silent man follows her through the streets, she begins to wonder just what secrets these trunks may hold. The Jewels of Paradise is a superb novel, a gripping tale of intrigue, music, history, and greed. A New York Times bestseller.