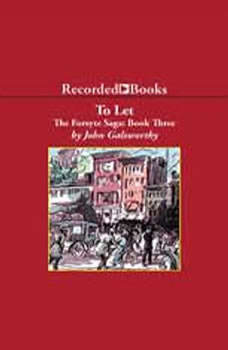 The Forsyte Saga: To Let

“So many people have written and claimed that their families were the original of the Forsytes,” wrote Galsworthy, “that one has almost been encouraged to believe in the typicality of an imagine species.” It is the Spring of 1920, 34 years on from the beginning of the Saga. “ Young Jolyon” is married to Irene after her divorce from Soames, and they now have a son, Jon. Soames has re-married and has a daughter, Fleur. A new generation of Forsytes comes of age and the Saga continues.